Destiny was featured in Yachting Monthly’s ‘Confessional’ page in July 2017.

An article about some antics we had in Swansea lock in 2006 which involved an unintentional 360 degree turn, so that we went in bow first, and exited stern first, was chosen as the ‘confession of the month’. Winning us a new handheld VHF portable, and an original Bill Caldwell cartoon of us. This is now framed and sits proudly on the cabin bulkhead. 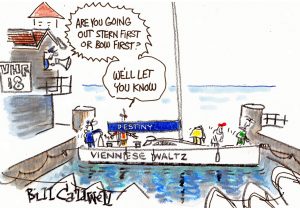 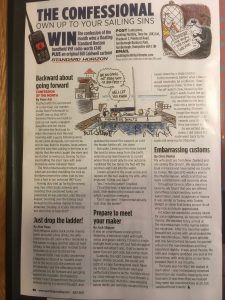