Family commitments at home meant another late start to the season, and combined with a hospitalisation of one of the crews mother, meant that a trip out to Piriac was exchanged for a river cruise, with the ability to get back quickly if required. We were joined on this cruise by David and Pia Williams who had previously helped us get Destiny over to the N Brittany coast from Salcombe. 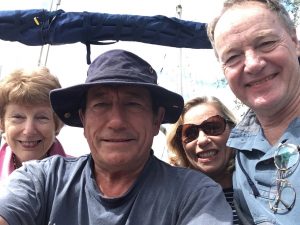 24.06.16 – Fuel filters were changed after launching with a lot of difficulty in repriming the system. Eventually sorted? We left LRB at 1230, anchored short of Foleux for lunch and made Cran for the 1600 bridge opening. Arrived at Rieux and attempted berthing on the downriver pontoon which is quieter, however, river levels were down and we grounded 1m out. Moved to the upriver pontoon and just got alongside with 0m under the keel at 1630. 11€ per night inc electricity and water. 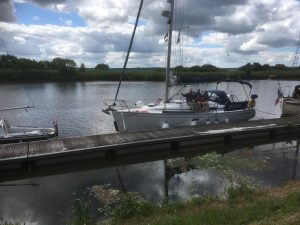 25.06.16 – “BREXIT” Waking up to the news, we wonder amongst many other things, how this will impact on British registered boats in Europe, and especially our plans for the future with keeping Destiny in France.

Short trip up to Redon of 45 minutes. Very close to grounding as we approached the basin, and berthed by prior arrangement in ‘Visitor berth 2’. Ideal berth as it has fingers either side. Told later by the Capitiniere, Roger Manuel that the Cran bridge has been vandalised and closed until Monday 27th. Later heard that it has been repaired and opening as normal. 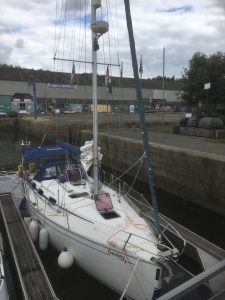 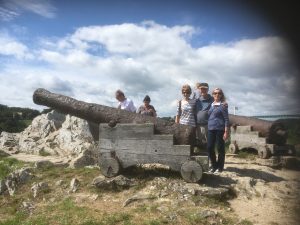