What was planned as a two week summer cruise, end up as a very painful two day potter up river. The skipper had developed a severe back problem in May which resulted in extreme difficulty in walking, standing and sleeping. Despite treatment it lingered on until the end of September, but was so pronounced in June that he deemed it unsafe to go to sea, on the basis that he would not be able to take action in an emergency.

Rather than abandon everything, we attempted a few days in the river again, but with a little drama …… 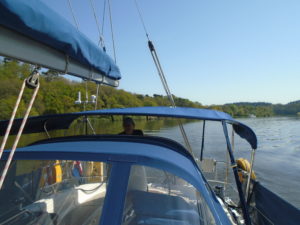 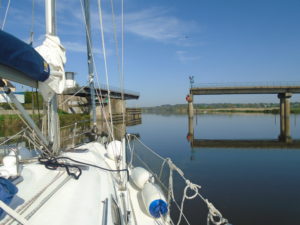 Last boat through Cran for 4 days!